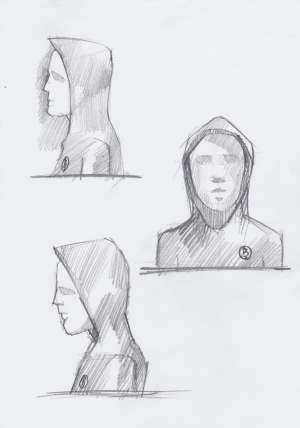 A monument to Satoshi Nakamoto will be erected in Budapest, Hungary, as part of a local initiative by the Hungarian crypto community to raise awareness of the importance of Bitcoin (BTC) and blockchain technology.

The idea started with András Györfi, the editor of the Hungarian crypto website Kripto Akadémia. The project team also includes Imre Szilágyi, founder of Blockchain Budapest, the most important blockchain and crypto conference in Hungary, Gabi Debreczeni-Raskó and Barnabás Debreczeni from Mr. Coin, the first crypto exchange in Hungary, András from the Kripto Academy and Kornél Kalocsai. President of the Blockchain Hungary Association.

According to their plan, the general sculpture at human height will be made of aluminum bronze. The sculptors are Réka Gergely and Tamás Gilly. You will make a “general human figure” of no gender with a symbolic nose and lips. Satoshi will wear a hoodie and have a Bitcoin logo on his chest.

Anyone facing the statue can see themselves in the face, which means that Satoshi’s identity is irrelevant and we can all become Satoshi through building technology, community, or the mere use of Bitcoin. It is on display in Graphisoft Park in Budapest next to the statue of Steve Jobs, the co-founder of Apple. 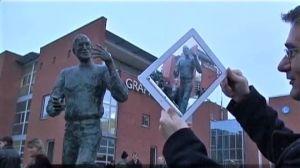 The statue of Steve Jobs in Budapest was unveiled in 2011. Source: A video screenshot, Youtube / No Comment TV

The Satoshi memorial is still in the making, but it should be completed in the next three weeks, according to Kalocsai.

“The idea came from András’s head earlier this year. András read about NFTs, about how this technology is changing the digital art market. So he started thinking: NFT, Blockchain, Bitcoin, Satoshi, why doesn’t Satoshi have a statue? “He told Cryptonews.com.

The founders raised USD 6,000 for the project. The team raised an additional $ 11,000 through a community fundraiser. According to Koloscai, the sculpture will serve as a tribute to the paradigm shift caused by blockchain technology.

“The Blockchain Hungary Association felt it was important to support the creation of the sculpture, as the technology described in the Bitcoin whitepaper will bring about a paradigm shift in our daily life: It enables the digitization of values ​​and their free flow. Even today’s central banks are considering issuing digital money thanks to the visibility and technological background of Bitcoin, ”he said.

Koloscai added that most Hungarians have likely heard of Bitcoin by now, but not many people understand the implications. According to him, it is crucial to continue educating people about the importance of cryptocurrencies and blockchain:

“We hope the Satoshi statue will raise awareness. We want people to know that this is a very important new economic phenomenon that will change the fundamentals of economic processes in the future. “

Meanwhile, in May, Hungary also made headlines when the country’s government announced it was planning to cut tax on crypto revenues by 50% to encourage investors to declare revenues from trading crypto assets. If approved, the rate on such gains would drop from 30.5% to 15% from 2022, which would bring it in line with capital gains levies on stocks.
____ ____
Learn more:
– Knowledge of crypto on the rise, encouraging investment – survey
– Satoshi or Bitcoin? Novogratz reignites the BTC marketing debate

Powers On… Why the fear of ICO enforcement and liability is coming to an...

More than 400,000 high street jobs could go as commuters shift to home working,...

Admin - January 24, 2021
0
More than 400,000 jobs could be lost on the UK's main roads as consumers continue to shop online and research shows that commuters work...

- April 19, 2021
0
In view of the growing global demand for containers, the center plans to develop Bhavnagar in Gujarat as a container hub and has started...