The ICO model used for the first time in July 2013 conquered the cryptocurrency market in 2017. The combination of technological innovation, massive media attention, legal loophole and high profitability caused a sensation in fundraising.

The history and end of the ICO hype are well known: many projects turned out to be impractical or fraudulent, and many people lost their money.

Confidence in fundraising methods in the cryptocurrency market has been lost.

However, in the past four years, the models for initial offerings and token adoption have changed significantly. 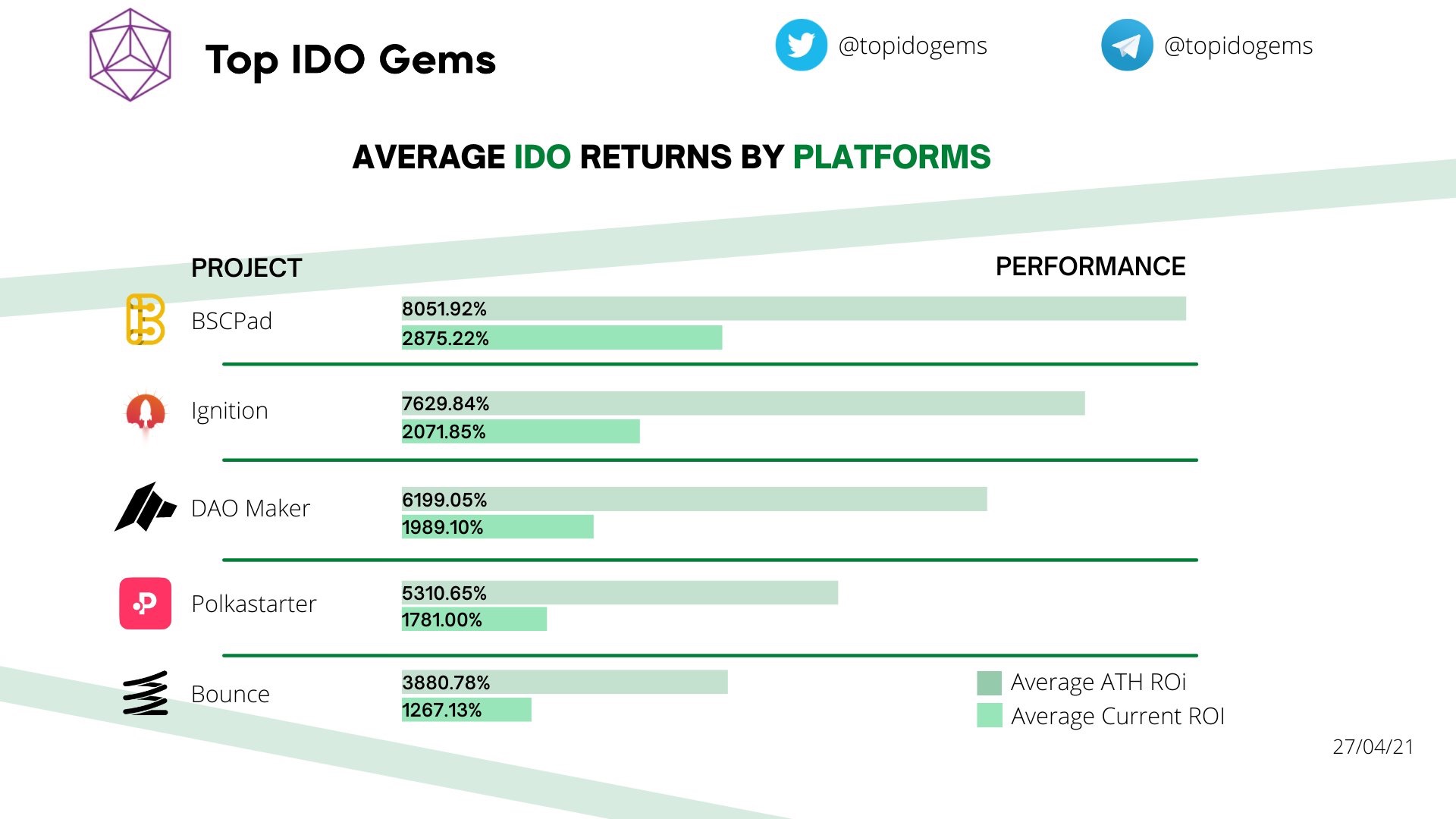 IEOs and IDOs are similar methods of launching tokens, with the exception of the platform on which the fundraising process takes place. In the case of an ICO, the project takes full responsibility for managing transactions and processes on the internal platform.

During an IEO, the central exchange carries out the “ICO” internally.

IDO is an ICO and an IEO in one frame, but a decentralized exchange replaces the central exchange. At the same time, IDO has advantages over the typical ICO and IEO:

One of the first IDOs was RAVEN, which took place at Binance DEX in June 2019. Now, however, the number of platforms offering IDO services has increased significantly. My team of analysts at Listing.Help has worked on IDO launches with platforms such as BSCPad, Duckstarter, MDEX, Poolz, BakerySwap, Polkastarter, Pancakeswap and others.

Uniswap is a decentralized trading protocol that anyone can use to create trading pairs and trade ERC20 tokens. Uniswap’s main innovation is the use of automated market makers, which greatly reduce the barrier to creating liquid markets for assets.

When it is first listed on Uniswap, the team finances a liquidity pool with equal amounts of its own token and the ETH. One of the first examples of implementation is UMA, a project building infrastructure for synthetic assets, which launched its token directly on Uniswap in April 2020. Since then, analysts at Listing.Help have observed the implementation of this model on other decentralized exchanges and blockchains.

It is important to note that while Uniswap is the most common product used in DeFi, similar runs with Uniswap have drawbacks. Since the initial liquidity pool is the only offering of tokens, users cannot sell, which means the token price can only go up.

This is exactly what happened to UMA; Despite claims by the teams that they sold the token at a price of $ 0.267 (the price at the seed stage), the token price soared to more than $ 2 within five minutes of the sale. The trading bots traded ahead of the curve, increased the price and eventually sold the tokens to retail investors at a high price.

In March 2020, Mike McDonald of the Balancer Team introduced Liquidity Bootstrapping Pools (LBPs). The characteristic of the idea is flexibility – teams can provide an unbalanced ratio of tokens in a pool (e.g. 80/20 XYZ / USDC).

In September, Perpetual Protocol became the first team to use LBPs to launch its PERP token. 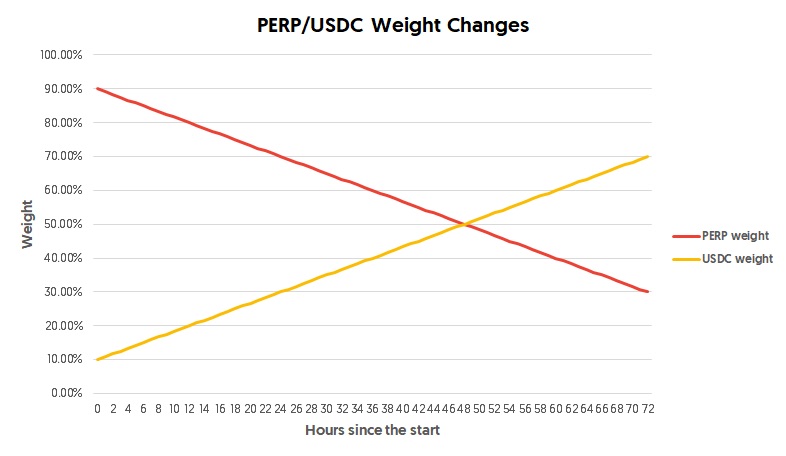 Pools were also designed to avoid the peak attack (the example mentioned for starting a UMA project). They usually start with a high starting price and drop over time as participants are motivated to wait for the price to drop. For example, the Perpetual Protocol started with a PERP: USDC 90:10 pool and then slowly adjusted it to a 30:70 pool over three days to ensure that the price would gradually fall.

The LBP model works well as it gives the teams control over the parameters to ensure a more even distribution. It also creates a liquid market and is very effective in setting the price.

Liquidity mining refers to token distribution where users earn a native protocol token by giving them their capital. Liquidity mining differs from the strategies described above in that users do not buy tokens, but are rewarded with them. It’s a so-called fair launch.

The Compound platform sparked a modern day liquidity mining fever in June 2020 by distributing COMP to lenders and borrowers on the platform.

Liquidity mining is a proven mechanism for distributing tokens to network users. It also helps in decentralizing the network and is a great marketing tool for growth. The main downside is that it’s not a good tool for teams that need to raise funds as part of a project start to keep it going.

A current example of such a result are the events surrounding the yearn.finance project. The project and its founders did not have enough funds to continue development, and the community decided to issue additional YFI tokens worth $ 225 million.

Striving for a balance between the income of the founders and the depth of the technological development of the project is one of the dominant ideas of yearn.finance’s project developer, Andre Cronje.

The evolution of token launch mechanisms over the past four years shows how much innovation is currently taking place in the ecosystem of Ethereum and other cryptocurrencies. However, the subsequent development of the industry could stimulate new mechanisms, as the Uniswap v3 update, the L2 scaling solutions and Ethereum 2.0 are just around the corner.

In addition, modern projects can combine the mechanisms for starting and distributing their tokens (SingularityDAO project, block bank, etc.).

However, these mechanisms are just methods, and the end result will depend on the project itself. Dapper Labs used CoinList to launch Flow and gave its community funds at a starting price, which resulted in a boost in the company’s reputation. Meanwhile, Curve hosted a decentralized fair launch but chose not to do so on the clearest and most transparent of terms and lost the trust of part of the community.

The success of projects still depends on a committed community, well-thought-out profitability, a first-class team and focused development. All of these factors in and of themselves are far more important than how a project is started.

Create your free account to unlock your custom reading experience.

Admin - February 7, 2021
0
In its heyday, MT Gox's crypto exchanges made up nearly 70 percent of all Bitcoin transactions. (Representative image) Written by...

The ICO unveils its plans for updating anonymisation guidance

- March 31, 2021
0
The ICO Code of Conduct on Data Exchange, released earlier this year, was intended to provide organizations with practical guidance on data exchange under...